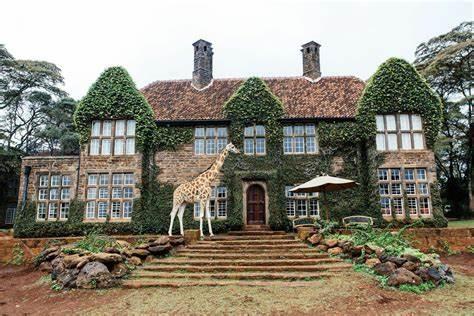 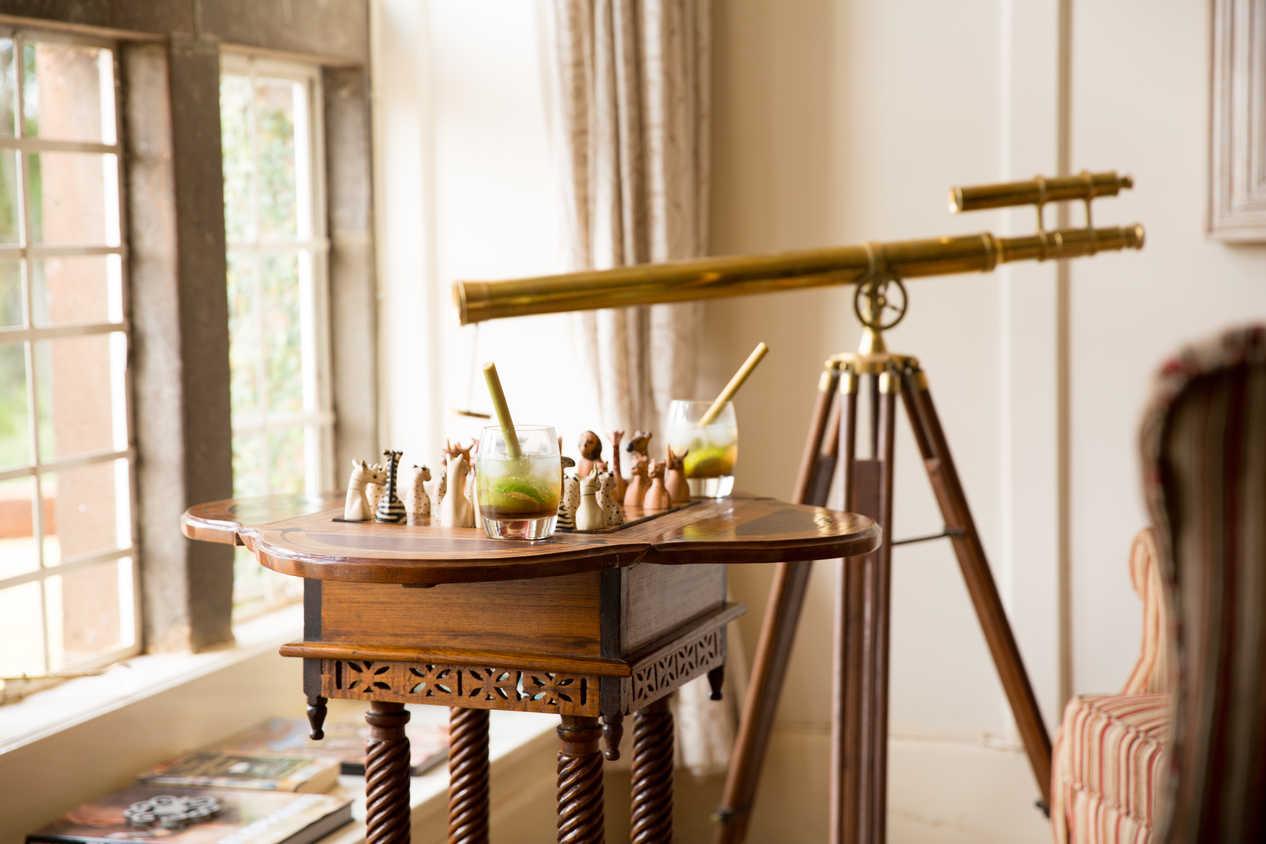 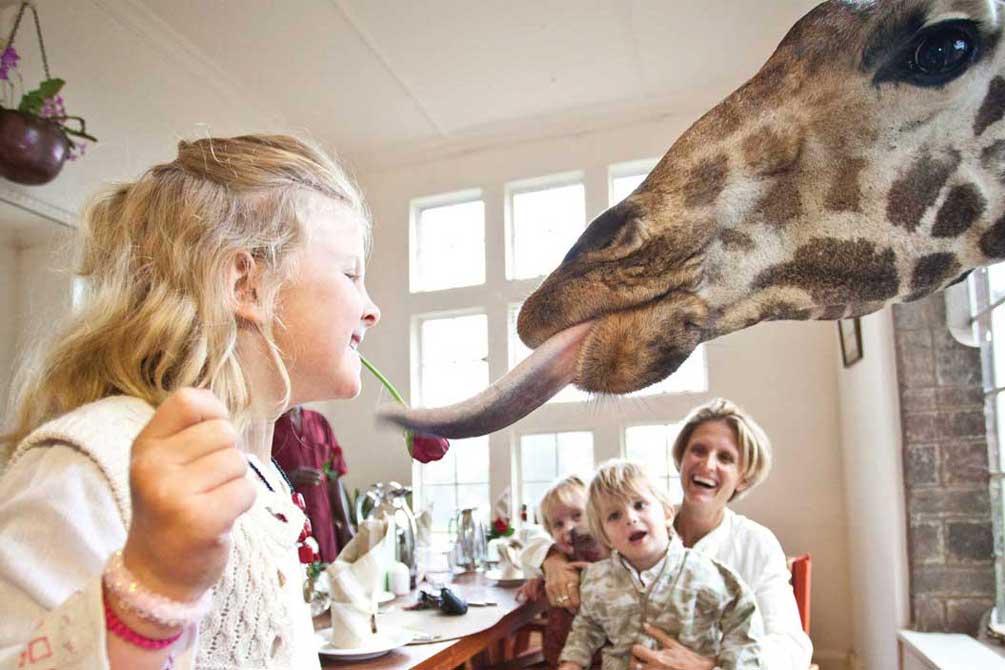 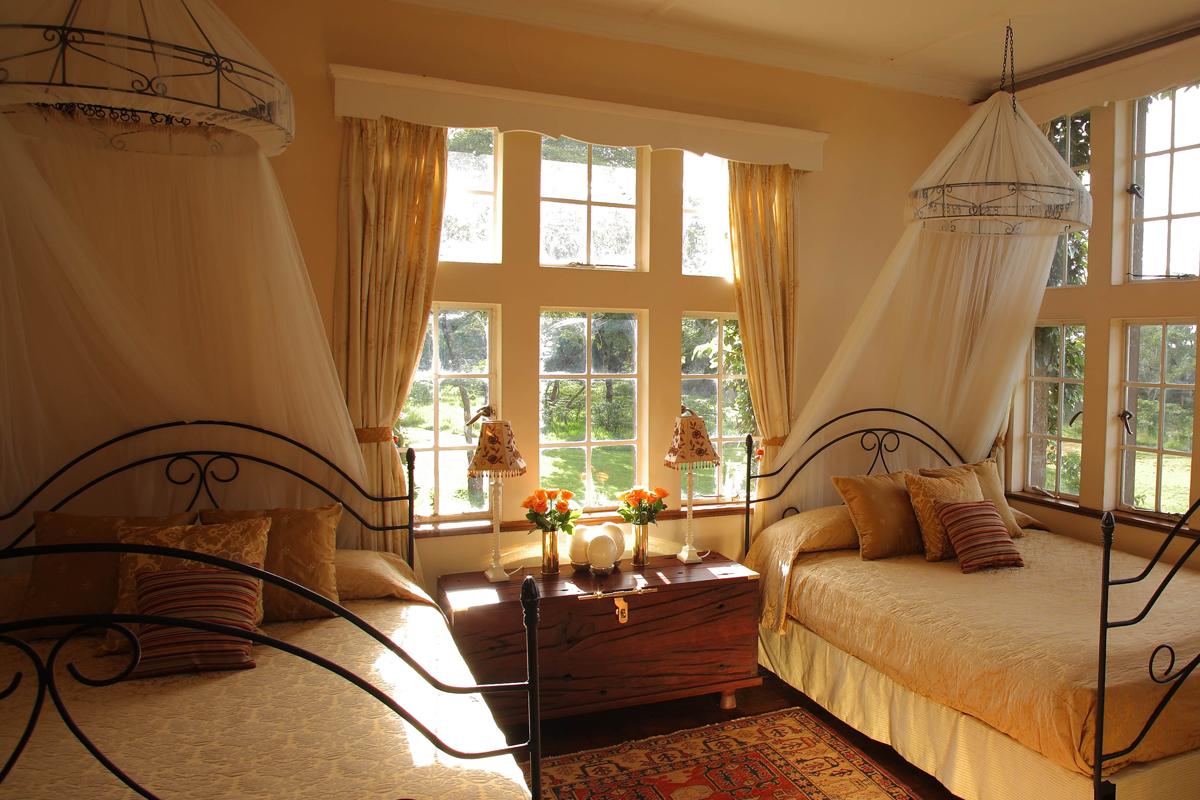 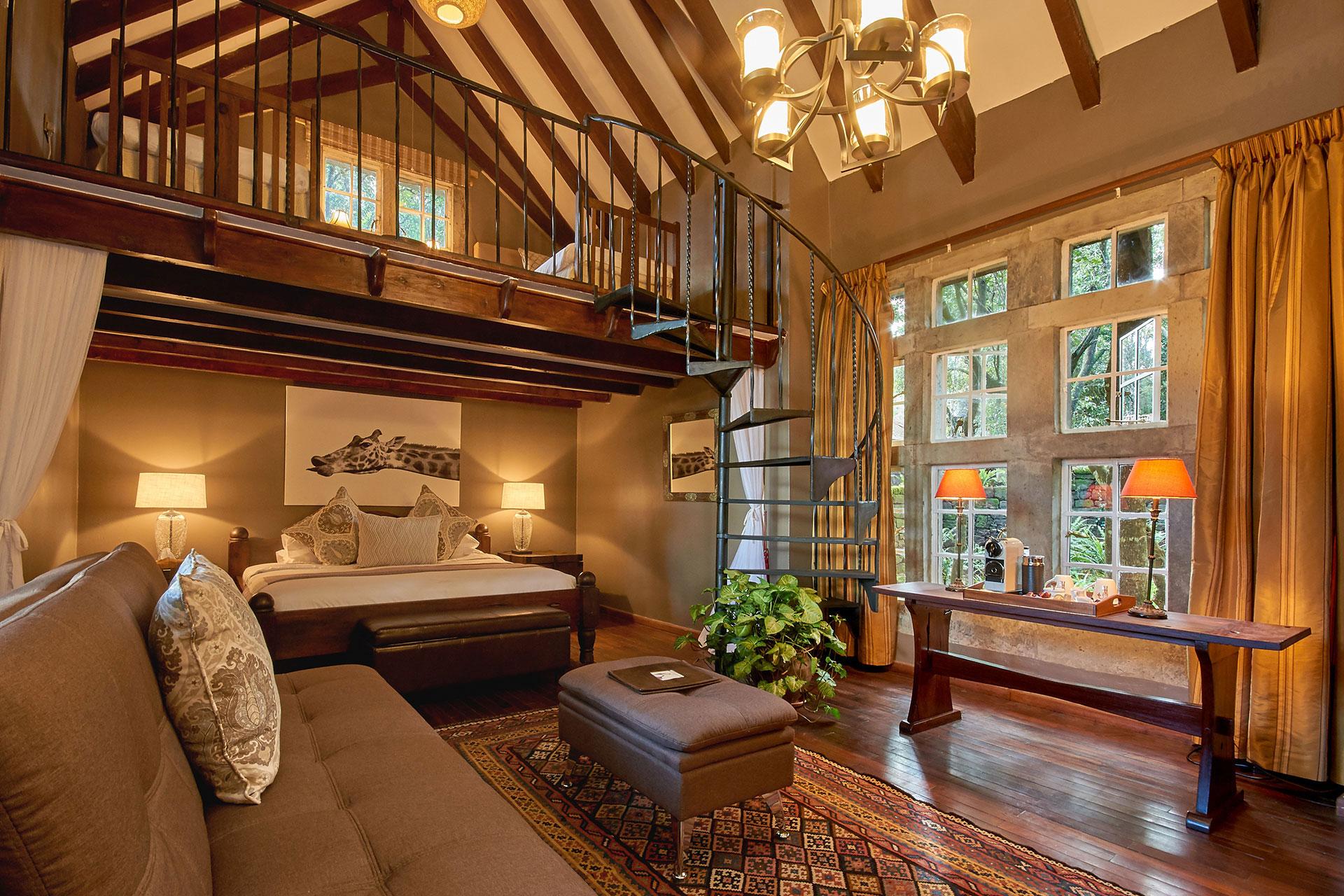 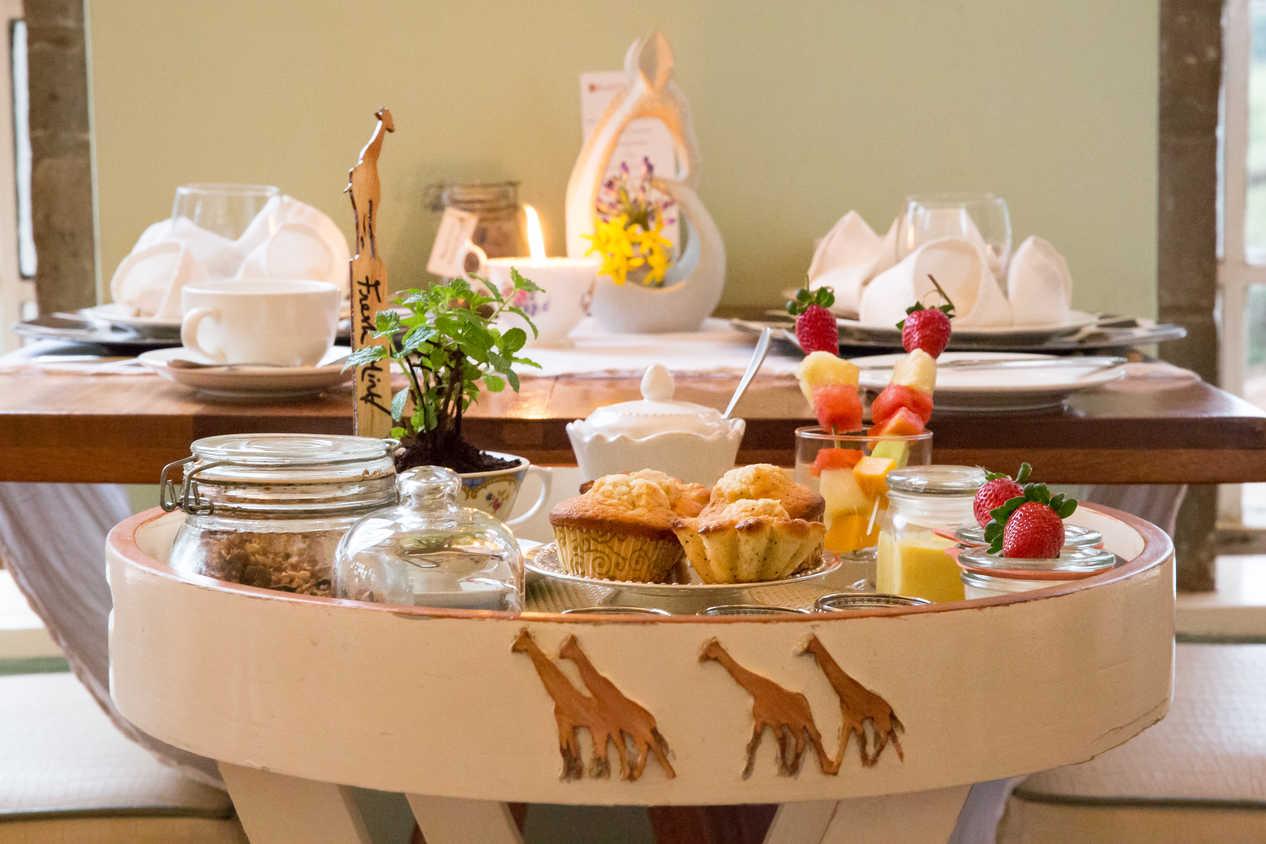 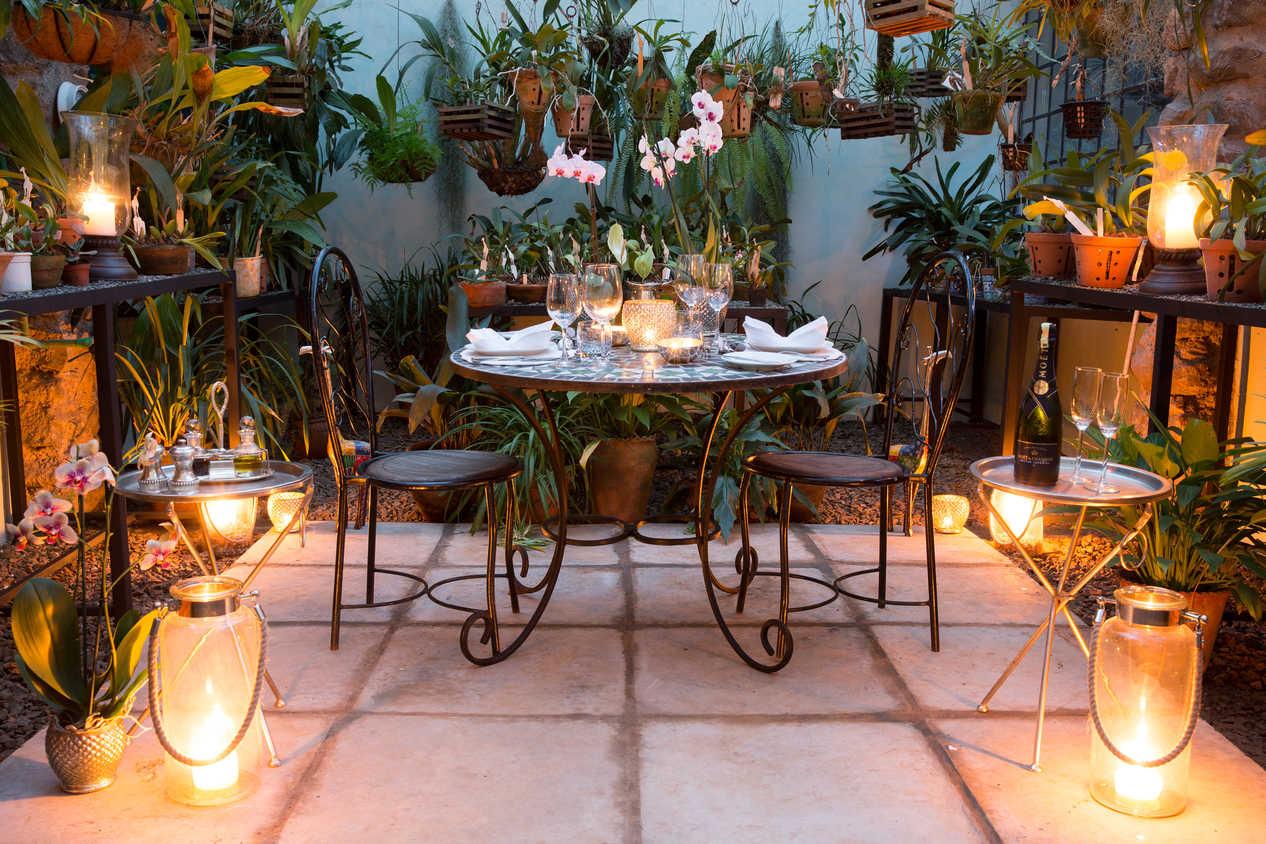 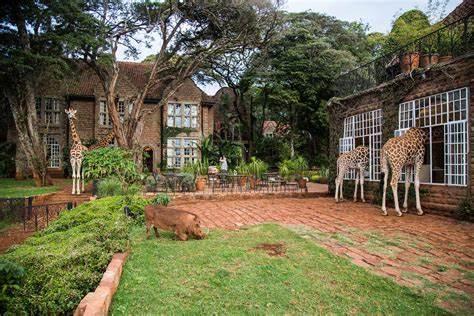 Giraffe Manor is an exclusive boutique hotel, owned by The Safari Collection. Often referred to as one of the most instagrammed properties in the world, Giraffe Manor is set in 12 acres of private land within 140 acres of indigenous forest in the Langata suburb of Nairobi. Giraffe Manor is one of Nairobi’s most iconic buildings. The historic manor house has extraordinary appeal, that harks back to the 1930s when European visitors first flocked to East Africa to enjoy safaris. With its stately façade, elegant interior, verdant green gardens, sunny terraces and delightful courtyards, guests often remark that it’s like walking into the film Out of Africa: indeed, one of its twelve rooms is named after the author Karen Blixen.

One of the most fascinating things about Giraffe Manor is its resident herd of Rothschild’s giraffes who may visit morning and evening, poking their long necks into the windows in the hope of a treat, before retreating to their forest sanctuary.

Starting with a list to the Nairobi national museums & snake park this offers visitors an insight into the heritage and culture of the country including flora and fauna. Visit ...
Read More...

The Giraffe Centre is open from 9 AM to 5 PM, seven days a week. Feeding and tours operate throughout this time. Remember to carry a valid Identification Card with ...
Read More...

Today you will have the chance to taste the incredible Kenyan cuisine in one of the most popular restaurants in the capital of the country. Enjoy your meal! ...
Read More...

A glorious stretch of savannah set against the backdrop of Nairobi's glittering skyline, Nairobi National Park's relatively small size makes it all the easier to see all it has to ...
Read More...
More Activities in Nairobi

Giraffe Manor is an exclusive boutique hotel, owned by The Safari Collection. Often referred to as one of the most instagrammed properties in the world, Giraffe Manor is set in ...
Read More...

Beyond the bustle of Kenya’s most cosmopolitan metropolis, experience a haven of elegance and calm nestled among lush gardens at the edge of Nairobi’s Central Park. Our Nairobi hotel merges ...
Read More...

A warm welcome to Hemingways Nairobi. A luxury five Star boutique hotel in Nairobi. We pride ourselves on providing exceptional guest experiences and service, ensuring the utmost comfort and luxury. This ...
Read More...

One Forty Eight (or 148 Hotel) is a little piece of wilderness just 25 minutes from Nairobi. This former private residence has been converted into a luxury boutique hotel filled ...
Read More...

Stay a step way above the ordinary! Palacina is an oasis of peace and calm in the bustling city of Nairobi and a great place to meet business and leisure ...
Read More...

This 45-suite boutique hotel elevates the standard of luxury for travellers in the region. Beautiful in its symmetry and flooded with natural light, this plantation-style property is airy and spacious. ...
Read More...

The Villa Rosa Kempinski Nairobi is located on Chiromo Road, within the commercial centre of Nairobi, 20 kms from the Jomo Kenyatta International Airport and in close proximity to a ...
Read More...

Sarova Stanley is amongst the few five star rated hotels in Nairobi. It launched itself into Kenyan history in 1902 by becoming the first luxury hotel in Nairobi and the ...
Read More...
More Accommodations in Nairobi

Explore the Wildebeest Migration in the Serengeti National Park and Maasai Mara, lots and lots of wildlife from Lake Naivasha to the 8th World Wonder, ...
VIEW ITINERARY

From the Flamingos of Lake Nakuru to the Wildebeest Migration and big 5 in the Maasai Mara, experiencing the best of Kenya. ...
VIEW ITINERARY