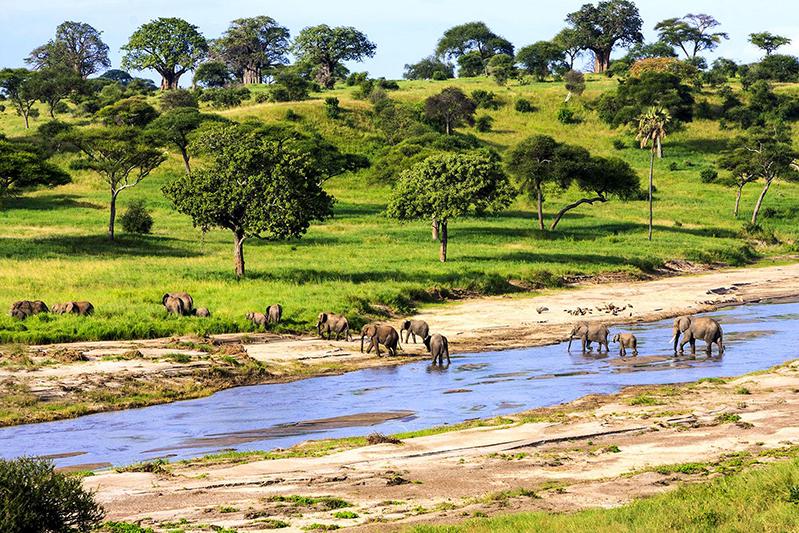 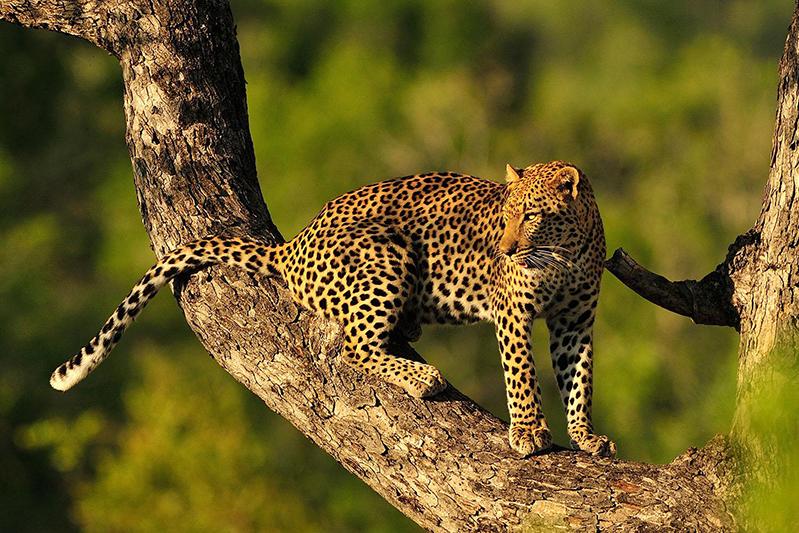 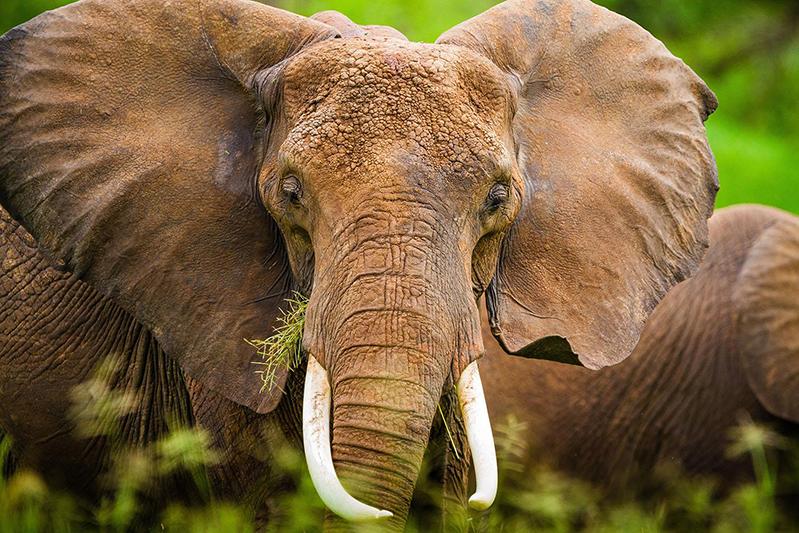 In addition to the enormous amounts of elephant, the park is chock-full of wildebeest, zebra, eland, impala, greater and lesser kudu, dik-dik, Coke’s hartebeest, Thomson’s gazelle, giraffe, buffalo, reedbuck, waterbuck, warthog, hippopotamus, mongoose and rock hyrax! There are even a couple of unusual antelope species – the fringe-eared oryx and the gerenuk. Black rhino are very seldom seen here, but it is believed that a few individuals dwell in the more remote regions of the park.

Entering the park you will realize without doubt, the most impressive feature of Tarangire is the park’s elephant migration, when huge herds push through to Tarangire’s river system and swamps ...
Read More...

There is no better way to up close and personal to the wild than to take a walking safari. Feels the ancient earth beneath every step you take as you ...
Read More...

The Maasai Village is about 20-30 minutes drive from Treetops and gives a perfect insight to the life of the Maasai. This village with its varying age of inhabitants are ...
Read More...
More Activities in Tarangire National Park

Living A Dream High in The Trees. Many a childhood would have been spent playing in the world of ‘make-believe’. Within this imaginary existence many of us will have climbed and ...
Read More...

Oliver’s was inspired by the trailblazing camps that pioneered the early days of safari. It gives you direct access to the dense concentration of wildlife you will find year-round in ...
Read More...

Nimali Tarangire is an exclusive luxury lodge located in a private concession, on the eastern boundary of Tarangire National Park, that is renowned for its stunning baobab trees and large ...
Read More...

Sanctuary Swala is located in a secluded area of Tarangire National Park, one of the most exciting and least visited parks in the country. In the heart of Maasai country and ...
Read More...

After enjoying a long leisurely game drive between herds of wild animals and along miles of Africa’s seemingly endless roads, you come over a slight rise and the lodge appears ...
Read More...

Indulge in lavish luxury at the Tarangire Kuro Treetops Lodge, which is nestled deep within the heart of the National Park. The Lodge is strategically located atop an elevated Kopje ...
Read More...

Lemala Mpingo Ridge sits on top of an escarpment with sweeping views across the perennial Tarangire River and valley below, and will match the same outstanding standards of comfort and ...
Read More...

THIS ORGANIC, LIGHT-FOOTED CAMP HIDDEN AWAY IN THE PARK, IS PROBABLY CLOSER TO OUR HEARTS’ CORE THAN ANY OTHER. Tarangire country is big and bold: our camp is the opposite...a little ...
Read More...

If you are looking for an authentic safari experience under traditional canvas showcasing spacious views and enriching culture, Mbali Mbali Tarangire River Camp is the perfect choice. Set within a 25,000-hectare ...
Read More...

Relax after a day of emotions in a luxury camp with the best views of the Great Rift Valley Wildlife calls at the door of Maramboi Tented Camp. Zebras, giraffes, warthogs, ...
Read More...
More Accommodations in Tarangire National Park

Explore the Beauty of the Lake Manyara with its Amazing wildlife or Tarangire National Park famous for its densest elephant population and proceed to 8th ...
VIEW ITINERARY

Explore the Beauty of the Lake Manyara with its Amazing wildlife or Tarangire National Park famous for its densest elephant population and proceed to 8th ...
VIEW ITINERARY

From Zanzibar and back, explore the beauty of the best Tanzania's Parks, Lake Manyara or Tarangire and Famous Ngorongoro Crater. ...
VIEW ITINERARY

Experience the beauty of Lake Manyara National park and its Wildlife, the 8th World wonder the Ngorongoro Crater were you have a great chance of ...
VIEW ITINERARY

This safari give you a full day in the Serengeti National park to explore and experience the Serengeti Wildlife and sport thousands of Wildebeest on ...
VIEW ITINERARY

Experience the best of Tanzanias North Circuit with a touch of Cultural Practices in Lake Eyasi. ...
VIEW ITINERARY

With Top Notch Accommodations, Transport and Service, Experience the best of the Great Wildebeest Migrations in the Serengeti North River crossing where the Serengeti National ...
VIEW ITINERARY